I met Carolina De Robertis at a book club mixer at Books Inc. Berkeley when her first novel, the international bestseller The Invisible Mountain was just out. She had a newborn baby and a newborn book, but you’d have thought she was an old hand at parenthood and at book promotion from the grace with which she handled both at the same time. Her second novel, Perla, is a coming-of-age story based on a recent shocking chapter of Argentine history, about a young woman who makes a devastating discovery about her origins with the help of an enigmatic houseguest.  It just released yesterday, and it is getting stars from everyone who gives them, as near as I can tell, and rave reviews. O Magazine calls it  “mesmerizing … moving, poetic.” I’ve begun reading it myself, and I couldn’t agree more. Maybe you’ll stick around long enough to read her post, or maybe you’re already on your way to your favorite store? – Meg

My second novel is now officially in the world, and this makes me grateful on many levels. Among them: I managed to avoid Second Novel Syndrome.
I’m referring to the condition in which a writer completes her or his first novel, gets it published, and then finds herself running on empty with the second. There are no more ideas. Or the story doesn’t gel. Paragraphs fail to sustain the crushing weight of expectations. He flounders. She is frozen. It appears that there is nothing left to say. Years go by and, in the worst version of this malady, no novel is ever finished again.
When I was working on my first novel, I’d heard of this syndrome, and yes, it scared me, but I was more concerned with more immediate forms of doubt: I couldn’t pull off an big, ambitious, multi-generational novel. It was too ambitious. I’d never finish. Even if I did finish, nobody would ever want to publish or read a book about far-flung little Uruguay, let alone one that included queer women and armed revolutionaries among its characters. And who did I think I was to write in the first place?
Fortunately for me, my obsession was stronger than my fears. It wasn’t exactly that I had faith in myself, but more that I burned with an urgent need to get these stories—inspired my own family history, as well as research into my country of origin—onto the page, to do justice to the vision that had caught hold of me. I was in my mid-twenties, working for peanuts at a rape crisis center, locking myself up in my tiny apartment on the weekends to write and write. It was hard work, and I missed many parties, protests, and sunny California days. But I’d been a passionate reader all my life, and I couldn’t think of any better way to spend my “spare” time than striving to give back a small drop to the great ocean of literature that had made me who I am.
After five years, in 2005, I sent the novel out to agents. I really thought I was done, though now, when I think back on the manuscript, I don’t know whether to laugh or cry from embarrassment. Luckily, one agent called and told me two important things: 1) she thought the book still needed substantial work, and 2) she loved its potential and wanted to sign me on immediately.
This gave me the most incredible surge of encouragement, coupled 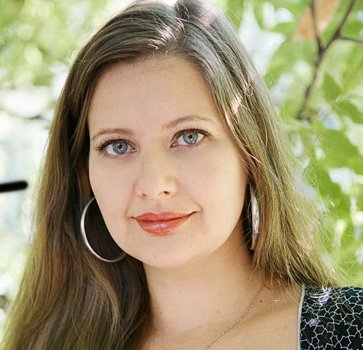 with a huge kick in the pants. I signed the contract, re-opened the novel, and began an MFA program that blew my world open with new craft tools, aesthetic possibilities, and intrepid mentors and peers. I worked my tail off on the book. A year later, in 2006, I sent it back to my agent, full of hope.
She wrote back a long, detailed, and brutally honest editorial letter. Among other things, she pointed out (and rightly so) that the present-day character, a young woman born in the turbulent 1970s, didn’t fit into the book. The narrative really belonged to the prior three generations. Which meant that the last sixty pages and entire arc of the ending were not working. And I wasn’t even close to done.
Looking back now, I see my agent as a hero for sticking by the book on its winding road. And, looking back, I also see what a mad proposition it was to attempt a sprawling epic as my first novel, and how reasonable it is, really, to learn as you go, and to take many years and drafts to pull it off.
But at the time, I was devastated. After six years, my manuscript still wouldn’t hold together. I’d failed. I’d wasted my time. I felt about two inches tall. I spent that summer fantasizing about fleeing the Bay Area for Botswana, or any other far-flung place where nobody would ever know that I had once dared call myself a writer.
But here’s what happened instead:
I committed to the revision. But I also took a break. I was fatigued by this behemoth of a project, and I wanted to taste the fresh air of something new. I started to explore ideas for a second novel. And I found them right under my nose, among the discarded pieces of my first book. I’d had to cut out the story of a young woman born in the 1970s, in the thick of a dictatorship, who later has to peel open the secrets of her origins in order to truly come of age. It had been painful to lop off these chapters, and I wouldn’t reuse any of the actual plot or prose, but the themes themselves didn’t have to be discarded. They could fertilize new ground, and, like compost, be used to grow something new.
I started to research the Argentinean dictatorship, and the 30,000 disappearances that took place under it. I learned about the 500 pregnant women who disappeared, gave birth in captivity, and were killed while their babies were secretly given away to families that often had colluded with the atrocities. I thought about the perpetrators, how that was a side of the story I hadn’t told in my first book, and about which I had so many questions. What about their complicated, marred humanity? Their inner lives? Their families? I began to imagine. And sketch. And dream.
By the time the rights to The Invisible Mountain sold, the book that is now Perla was well underway. Perhaps, if it hadn’t been, the noise and thrill and vulnerability of publication might have paralyzed me, and made it feel impossible to start something new. But I’d already started something new, and it had a life of its own. I didn’t know everything about it yet, but I knew it had momentum, too much of it for me to turn back.
I am now an utter believer in overlapping projects. Before I finished editing Perla, I embarked on my third novel. I plan to continue this way until forces of nature make me stop.
These days, I trust that inspiration is infinite. And that the writing we throw away—messy free-writes, wonky chapters, flat prose, extraneous characters—is never wasted. It is all compost. It all nourishes the creative soil from which our stories cannot help but spring, if we are only patient and obsessed enough to till that soil, over and over, no matter what. – Carolina